Place Making as a Team Sport: An Appreciation

by
John Caulo
on 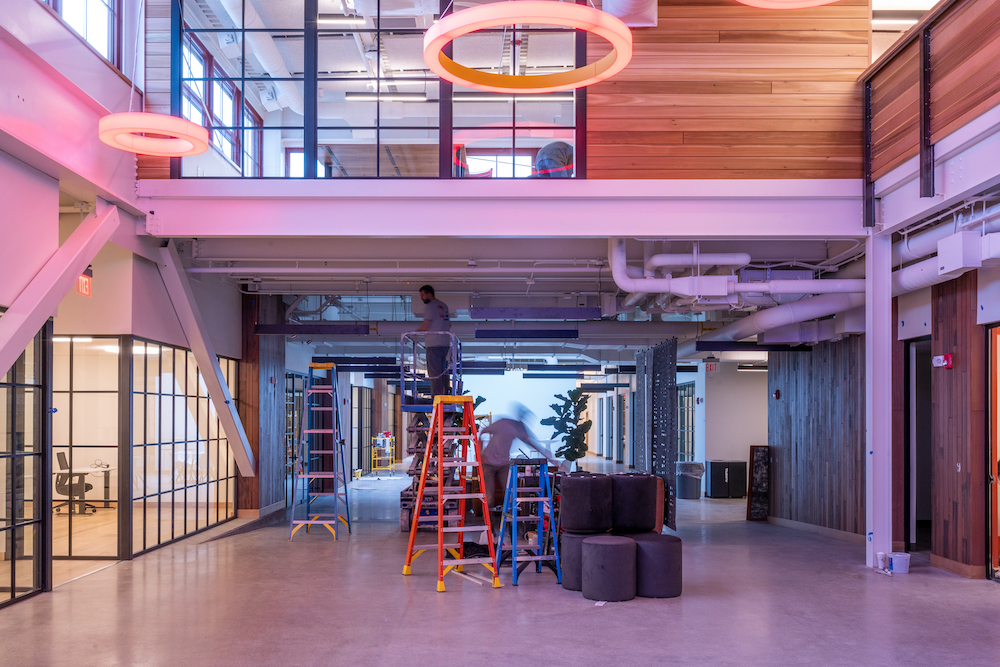 Friday, December 4th, the City of Burlington issued a Temporary Certificate of Occupancy (TCO) to Hula for the 80,000 Square foot building at 50 Lakeside Avenue. The TCO certifies that all life safety systems within the building comply with current building code standards, thereby allowing the public to occupy those spaces that have been completed and inspected. And on Monday, December 7th, Hula Lakeside welcomed its first tenants into their respective new workspaces at Building #50!

While work will continue in a few uncompleted tenant spaces over the next few months, the issuance of the TCO is a milestone to be noted. Coupled with last summer’s completion of Building 44 (52,000SF) as well as the reconstruction of the 15-acre property (including improvements to parking and circulation; landscaping; and recreational lake and bike path access) let’s take a moment to celebrate the art of successful placemaking.

I think most anyone visiting Hula is struck by the seemingly effortless manner in which a mid-20th century manufacturing facility has been transformed into a 21st century job-generating campus for the creative economy. For the most part, the scale and massing of the existing buildings remain unchanged and exterior alterations to the site and buildings pay due respect to its industrial heritage. One can be forgiven for mistaking the physical makeover as somewhat superficial. To borrow a line from an old Talking Heads song: “…same as it ever was…” 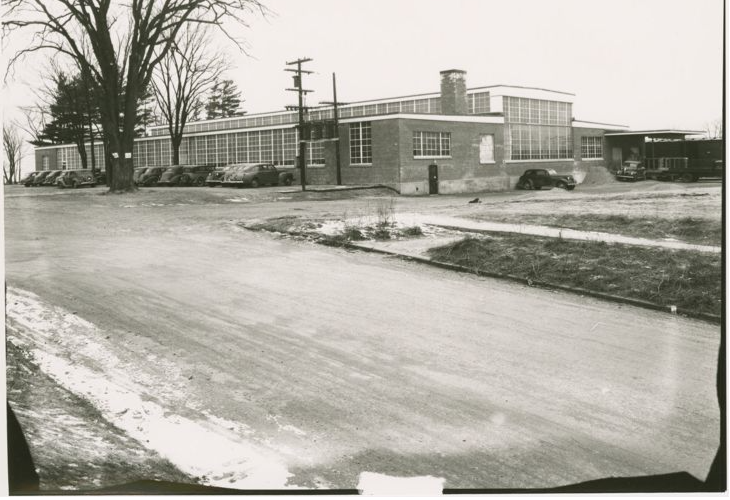 On the contrary, the scope of work is ambitious and comprehensive. In addition to creating an ecosystem of coworking and office spaces, the project has also accomplished a range of other objectives, including:


So, don’t let the familiarity of the building exterior and site plan fool you – there is a lot more here than meets the eye!

Successful placemaking like Hula does not simply happen. Rather, it is the product of an intense collaborative process led by the Owner and a like-minded team of design and construction professionals, spanning the initial idea stage of the project through the construction phase to completion. While fundamental development project goals and budget are generally established at the outset, the pre-construction phase is critical in fleshing out all issues so that the final scope of work reflects the agreed upon quality expectations at a cost the Owner can afford (easier said than done!). Having spent the most of my career in real estate project management, I can point to three “T” required for the successful execution of a Project: talent, teamwork and trust. All have been in ample supply at Hula.

For a relatively small northern New England market, we are fortunate to have ready access to world class design professionals such as Smith Alvarez Sienkiewycz Architects. Led by partners Bren Alvarez and Steve Smith, SAS has assembled a design team that has proven to be a creative and collaborative partner to convert the Hula concept envisioned by the Ownership team to a blueprint for construction. During the design phase, Bren and Steve proved to be excellent listeners as well as designers. No issue was too big and no detail too small for robust discussion among the team before being resolved to everyone’s satisfaction (I can recall design meetings where the SAS pencil eraser was used as much as the pointy end!). I can see it in the end product.

Early in the design phase, we interviewed several quality construction managers in the market and quickly decided on HP Cummings, a long-established contractor from Woodsville, NH. HP Cummings’ personal and collaborative approach to its work, coupled with its organizational and communication skills, and attention to detail, has proven to be a valuable asset to the team. This has become even more apparent over the past nine months as the COVID-19 pandemic has caused dislocations throughout all aspects of our community, including the construction industry.

Despite these challenges, all of the talent, teamwork and trust is on display when you cross the threshold into Building 50. The interior building layout reveals itself as an inviting environment for work and play, unlike anything in Burlington: a light-filled atrium concourse / palm trees / common meeting rooms / coffee bar / event center / restaurant / coworking desks and small offices / fitness center, and more! The abundant amount of window glazing affords a variety of city, neighborhood, lake and natural landscape views in all directions (to the point of almost being disorienting). Walking through the facility yields an endless series of visual delights. While every design detail and finish has been carefully considered, they are executed in the most polished and unforced manner.

Oh yeah, Hula has a TON of character. To continue with the music metaphor, Hula is a symphony composed by an inspired team of design professionals and played with confidence by an equally talented team of contractors and suppliers. Just to name names, here are the organizations whose contributions have made Hula what it is. Our thanks, and cheers all around!

Yes, the project is respectful of the past, even as it embraces the future. Hula is at once both utterly contemporary and timeless.