Colliding in The Caribbean 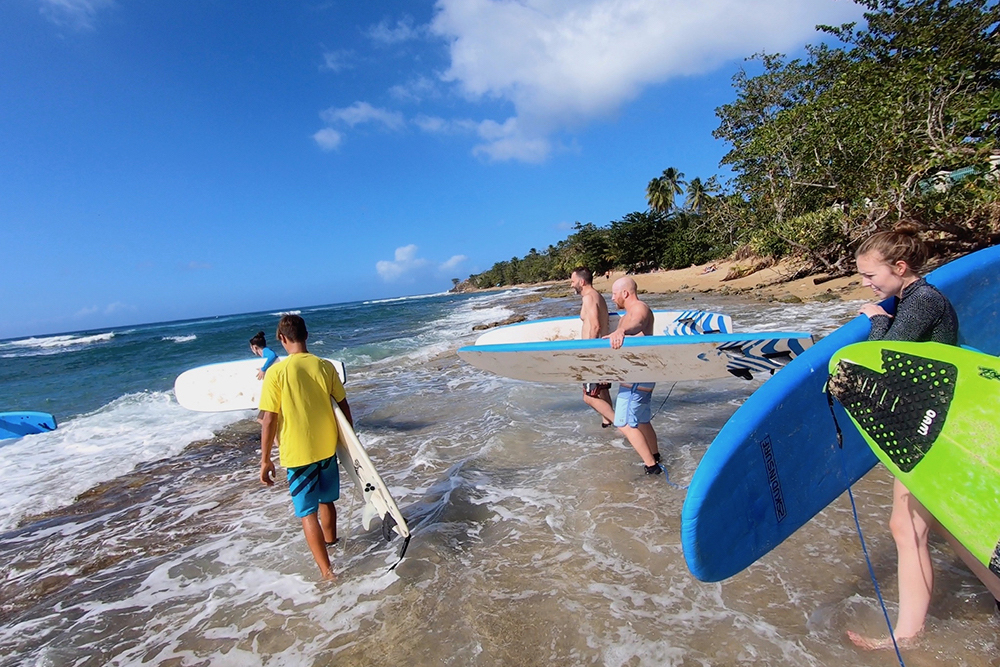 "But you get it, right?" Rob Lair, Hula CEO, asks over our adjacents desks. I took one headphone out in anticipation of the inspired mic-drop moment that was certain to follow.

"We take all these founders, thought-leaders, change-makers… Get them out of the office, onto the beach... Networking and surfing together." He is referring to our upcoming retreat to Rincón, Puerto Rico where we have invited some of the most influential players in the Burlington tech and business communities for a long weekend at Hula's Caribbean surf retreat destination, Villa Playa Maria.

Looking back, I absolutely did not 'get it'. I had attended the cocktail hours, dinners, and networking socials. I listened to Rob muse about how we can do networking differently and how Hula can create a more engaging, personal business culture. But I was not sure what to expect from a surf trip with a cohort of Vermont innovators.

Fast forward to dining under the stars around what has to be the biggest table in all of Puerto Rico, reflecting on a day of surf lessons and sail tours over a delicious meal crafted in the villa by a local chef & surf legend. The COO of Beta Technologies, a South Burlington company working to develop electric aircraft, laughs about how pitted everyone got that day with the owner of Guru Media Solutions, a San Francisco-based creative marketing agency. One-half of the co-founder/sibling duo behind OVR Technology discusses the countless practical applications of olfaction in virtual reality, while the other notes how stoked he is to catch some waves tomorrow. The Director of Business Development at Benchmark Space Systems talks fatherhood with the founder of Signal Kitchen. While, the CEO of Ogee and CEO of Champlain Valley Dispensary enjoy a glass of wine and chat luxury organics.

It was truly striking and humbling to hear such accomplished individuals reflect on their careers and professional journeys. Over the course of the weekend I heard countless flavors of the same story. Burnt-out from the corporate rat race, moved to, or back to, Vermont for a change of pace, and finally embarked on a career path they were passionate about.

Now, they spoke of micro-scaled propulsion technology, the hydrating properties of Jojoba Oil, and strategic creativity with the same fervor and determination they had paddling into the waves earlier in the day. They laughed, surfed, and genuinely enjoyed the company of other businesspeople. They bonded on their shared struggle of recruiting and retaining talent in Burlington Vermont. They offered advice and discussed future opportunities for collaboration.

Turns out, the Wall Street / Silicon Valley dream isn't as fulfilling as the first paycheck might seem—save yourself the trouble and move to Vermont now. Turns out, getting thought-leaders from all walks of business to engage and get sh*t done isn't as hard as one might think—just stick them all on a catamaran and send them out into the Caribbean sea for a few hours. The ocean doesn't care if you're a wealth manager, a rocket scientist, or a lawyer… we're all just f*ckng surfers.