An Entrepreneur Bridges Wine and Community 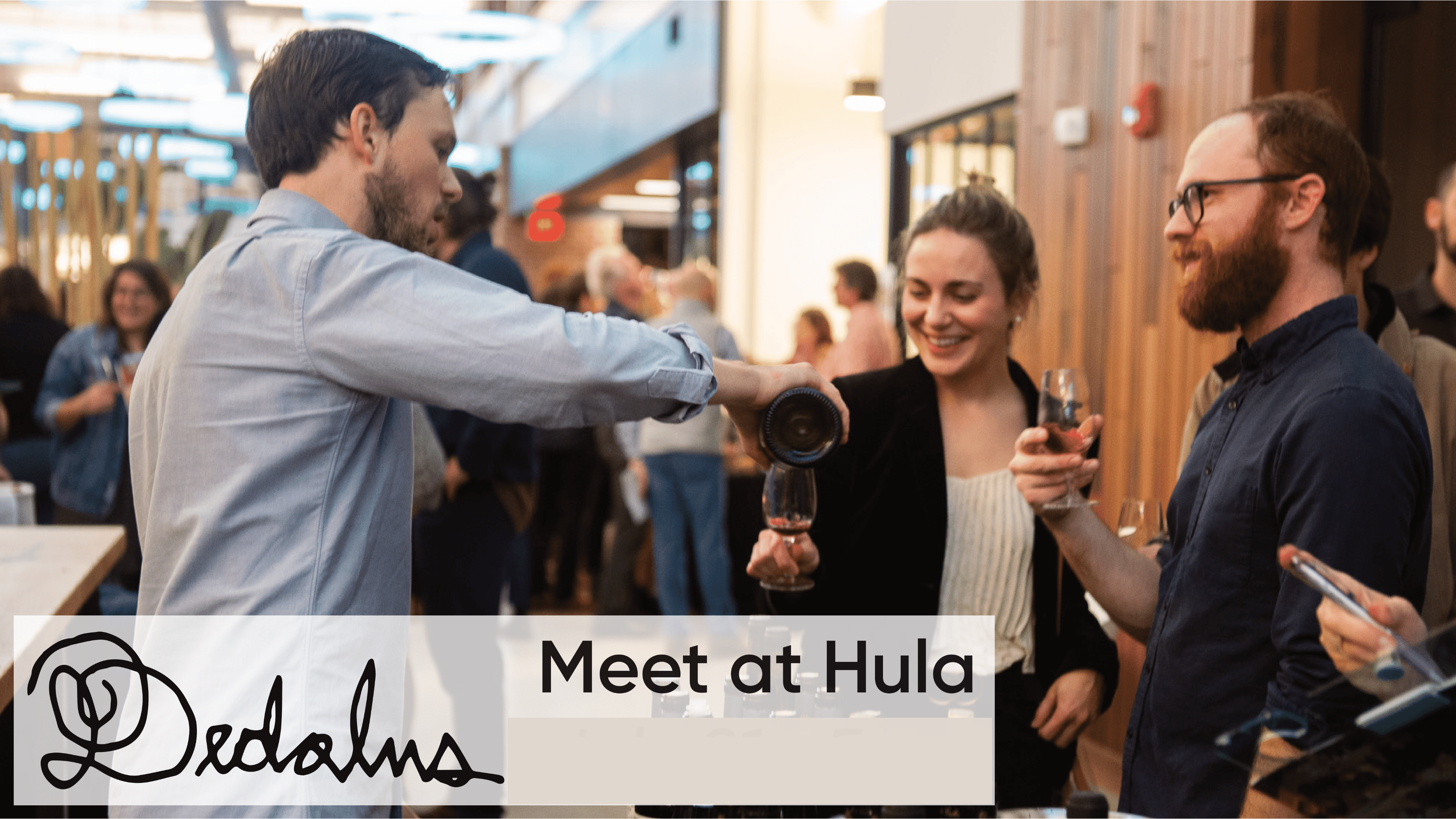 What started as a back room side hustle back door business became the welcoming, relevant and hospitable wine company, Dedalus. Jason Zulani, CEO and Founder of Dedalus, explained in an interview, “we inverted the mullet…party up front and business in the rear.” Today, Dedalus operates as a next-generation wine retailer that connects wine from its source to its bottles to the consumers. They work hard to curate a highly selective list of wines based on their values. Most of the attributes Dedalus searches for in their wines relate to stories; stories on how the wine is made, the sustainability/farming practices involved, the natural elements of the wine (ie minimal additives), the innovation that goes into it, and/or how it speaks to a place.

The stories behind the bottles on the shelf provide a gateway to amateurs and professional wine drinkers alike because Dedalus intentionally positions themselves as “tastemakers not gatekeepers,” Zulani explained. Dedalus became an experiential wine shop. The trained sommeliers work as a conduit between the wine and the people interested in it. Understanding the orientation that the customer intends on using the wine–whether that’s to watch a movie or host some pals on the porch–helps Dedalus’ sommeliers contextualize the wine for the customer. Offering approachable and wide-reaching wine for the consumer is exactly what makes Dedalus so special for a place like Burlington, which, at the time, was missing just that.

Jason Zulani, a self-proclaimed “restaurant rat” discovered a gap in the Vermont beverage scene: global wine options. Before the inception of Dedalus, Jason started an IT business with some friends in a spare bedroom that would later grow until they sold it in 2014. During the time that they built this spare-bedroom-startup-IT-business, Jason began to miss the wine he discovered when traveling and the wine he was introduced to when he ran the wine program at the Culinary Institute. Vermont was lacking wine options from around the world. French reds and whites, wines from Loire Valley, and Burgundy were unavailable. So, as any entrepreneur would, Jason decided to approach and convince his partner at the IT business about licensing an unused conference room in the back of their business so that they could get wine at cost. What started as a way to buy wine for cheap, blossomed into something unexpected but serendipitous nonetheless.

After doing some research on carrying wine, they learned they needed to have $5,000 worth of inventory and that they had to be open during some part of the day but beyond that, the law didn’t give them many more parameters. So, they did just that. They would go ahead and buy $5,000 worth of inventory and would open from 3:00-3:15 PM on Wednesdays but would only unlock the door at the back of their office building.

Their system worked well with no real customers visiting their back-alley-wine-conference room until a curious (and relentless) judge would try to see what this new wine shop was all about. He tried the front door several times only to find it always locked. After many failed attempts, he decided to meander around the back where he stumbled down an alleyway and up some rickety stairs to find this door they registered as an address. And, lucky for the judge, it was somewhere around 3:05 PM on a Wednesday–how convenient.

The judge let himself in and came in interested and with questions at the ready. Jason explained to me that he was luckily in the office and fielded acceptable answers to his questions. He was even able to sell him some French wine that the Judge was especially excited about. Since this was one of their first customers though, they didn’t have a way to process a credit card or make change but that didn’t deter the Judge. Instead, he came back, and, with friends who were also interested in buying wine. The Judge and friends bought them out of their wine stock which made Jason and his IT buddies realize that they could maybe make a business out of this. From there, they opened three days a week, Monday, Wednesday, and Friday, and began hosting backroom wine tastings that they posted to the early days of Facebook.

As they continued to grow new employees and new customers, Jason continued to dream up what he wanted Dedalus to become. It was more than just a bottle shop but that couldn’t come to fruition until they sold their startup-IT business. Jason decided to buy out his partner, so at that point, he owned the business and his partner took the capital and began his own wine distributorship. While they are no longer spare-bedroom-startup-IT-business partners, they still work together in this new world of wine that they created for themselves.

Entrepreneurship is often serendipitous and begins with a passion or an interest. Sometimes it’s finding that special element that is missing in a community and for others, it’s as simple as finding the entrance, or maybe it's both. Whatever it is, a one-degree shift in any aspect of one's life, work, or relationships, can dramatically change the course and that's exactly what so many startups start as–a fortuitous shift.